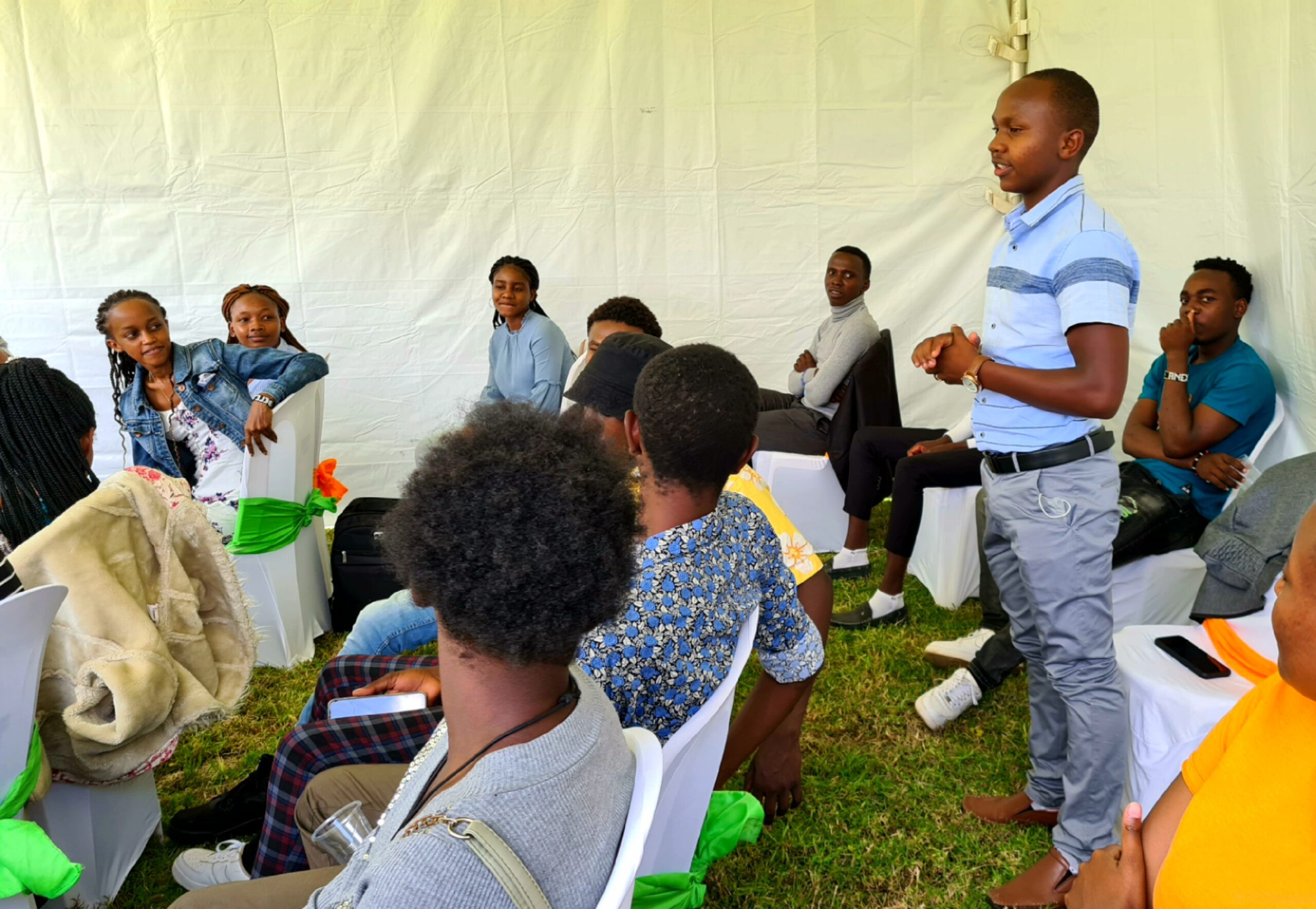 “I did what I saw was good”. These were the words spoken by Joseph Mwendwa’s stepfather, given as the reason for committing the (heinous) act that Joseph now describes as having changed the trajectory of his life forever.

Growing up in Kibwezi, a craggy semi-arid town located towards the Kenyan coast; 192 km away from Kenya’s capital, Nairobi. Joseph, the second born of seven siblings, spent most of his childhood under the care of his grandmother. After spending the first three years of his primary school education living with his mother and his step father, mistreatment by the latter became unbearable, and despite the strong bond with his mother, moving in with his grandmother at the time seemed like the quickest way to lasting peace. Joseph describes growing up with his grandmother as quite relaxed, without the usual strictness of a traditional African household. This relaxed atmosphere allowed him to indulge in his then two favorite hobbies, watching movies and playing soccer. His primary school education was also quite smooth as he went to government sponsored schools where the only thing his grandmother had to pay was the ksh. 30 required for meals. While life as a primary school boy seemed relatively uneventful for Joseph, as he approached the end of that phase of his life, an earth shattering event threatened to disrupt everything in Joseph’s realm of existence.

One fateful Friday towards the end of the second term of his final year of primary school-class eight, Joseph woke up with an eerie nudge that something malevolent was looming in the air. Feigning illness, he skipped school that day and stayed home perhaps in a subconscious attempt to avert whatever evil he could feel lurking. It was only hours later when the news was broken to Joseph, that his mother had been brutally stabbed by his stepfather, putting an abrupt end to her life. Joseph’s world was shattered:

“I had lost the only thing I loved and treasured in my life; the most important part of my life”.

This event, accompanied by the lack of remorse by the perpetrator, sent Joseph spiraling into depths of despair, anger, and grief previously unbeknownst to him.

Having to sit for his national examination barely three months later, Joseph had lost all interest in his academics and sat for his exams as mere formality. Scoring 268 marks out of a possible 500 marks, Joseph was convinced that his academic journey had come to an end,

“I knew that those marks could not take me to secondary school, and considered mechanical work to at least make a living”. 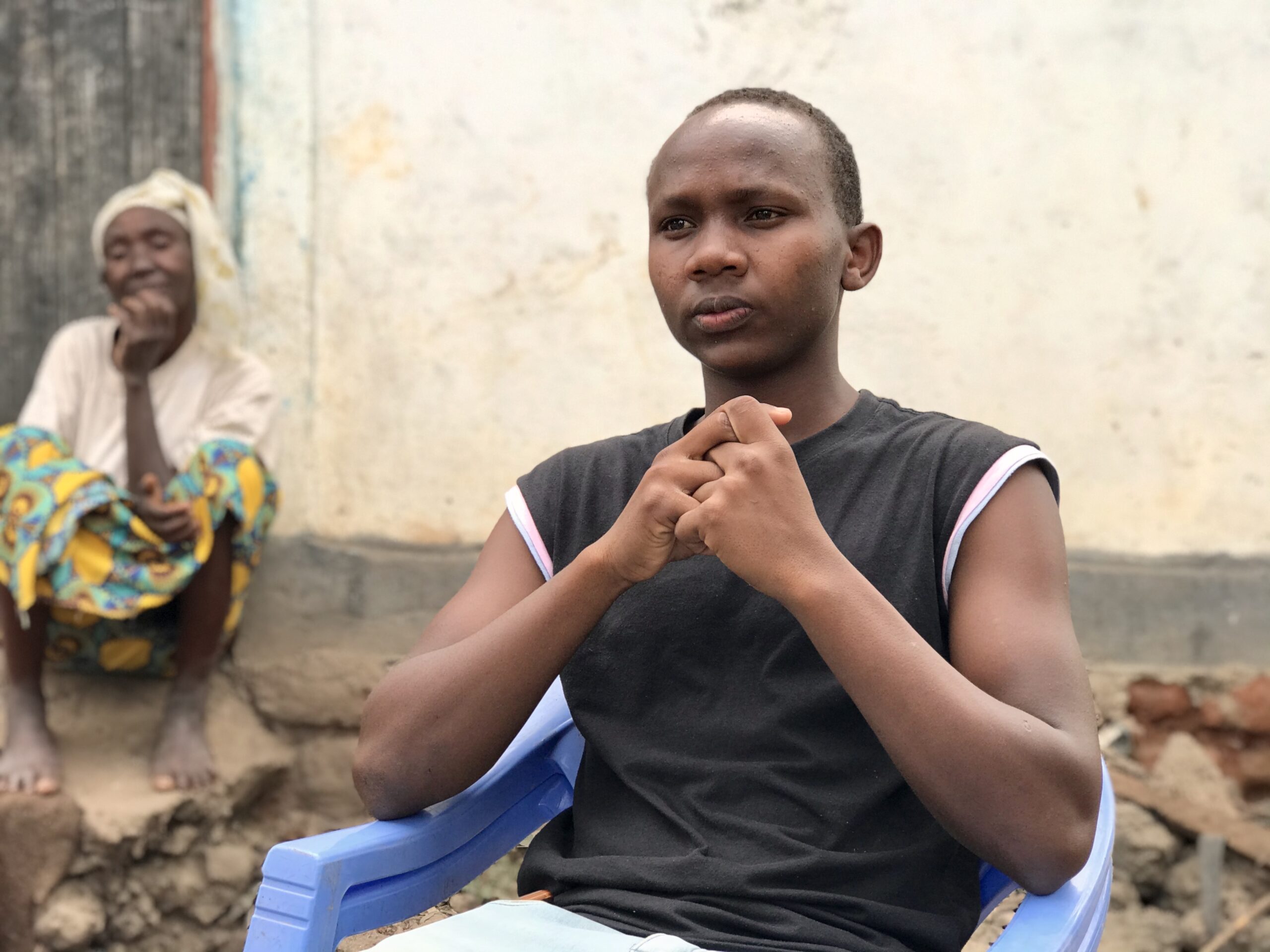 Divine intervention is described as, “ the involvement (intervention) of a deity (divine) in the affairs of humans, popularly extended to any miraculous-seeming turn of events.”  This term is what Joseph used to describe the day his childhood friend Salome asked him to submit his documents for a scholarship, which he did at the time without really considering the implications. On 24th of December 2016, Salome informed Joseph that he had been selected for an Inspire Spaces scholarship, which would fund his secondary education. That moment was the first semblance of joy, peace, and hope Joseph had felt since his mother’s passing. Describing this turn of events as “ miraculous”, Joseph began to consider that perhaps there was a God who was looking out for him.

In 2017, Joseph therefore joined St. Peter’s Thange Boys’ High School in Kibwezi against all odds. He was determined to make the most out of this miracle that had come his way in the form of Inspire Spaces. However, although his scholarship gave him a sort of new lease on life, life at home for his siblings was getting tougher by the day as his grandmother was struggling to make ends meet. As a last resort, four of his siblings were sent to local orphanages, and one more was sent to boarding school where Joseph used his pocket money to provide the necessary provisions. Joseph was willing to sacrifice anything for his siblings and himself to have a better life, to the point of even working at a mjengo during the school holidays to earn whatever little he could. He had been given a second chance, and by God he was not going to waste it.

However, despite our best intentions and most noble desires, life can sometimes throw in an unexpected spanner in the works. In his second year of highschool, Joseph began struggling with bouts of depression. He began losing interest in his academics and struggled to cope with everyday life, to the point of being suicidal. Although he was the YSC chairman at the time, Joseph found it hard to share his struggle with his peers and fell into negative coping mechanisms with the wrong crowd at school. Noticing his silent struggle, Father Genesus Budebo, their school chaplain, called Joseph aside and encouraged him to hold on because God had a bigger plan for his life. Joseph took these words to heart and pushed through. Although things were not perfect, Joseph held on to the promise that He had a Father in heaven who had a future and a hope for him.

Through the continued support and mentorship from the Inspire Spaces family and the priests both at school and at home, Joseph was able to successfully complete his high school education. Currently in his second semester of seminary, Joseph is finally seeing his dreams of joining priesthood become a tangible reality. Although his journey was a tumultuous one, Joseph believes that God sent people his way to make sure he did not fall through the cracks. One of this people, he says, is Fred,

“Fred has changed a life. I would not be in this world were it not for his mentorship and support in my life. He has been a great source of inspiration who moves people with his words. Fred has been a father to me, and only God can repay him fully”.

Regarding his future, Joseph’s main desire is to successfully complete his seminary studies and become a priest. Not just any priest though, Joseph’s strongest desire is to become a beacon of hope. He says,

“I  want to improve the lives of other children so that no one will go through what I went through. I want to mentor the youth just like I was mentored. I want people to feel my presence everywhere I go”.

Just from the brief moments I spent conversing with him, I can testify that Joseph’s presence is indeed one I will never forget.

Every contribution will go directly to support the schools and Scholarships. The operating budget is funded independently to pave the way for 100% impact.