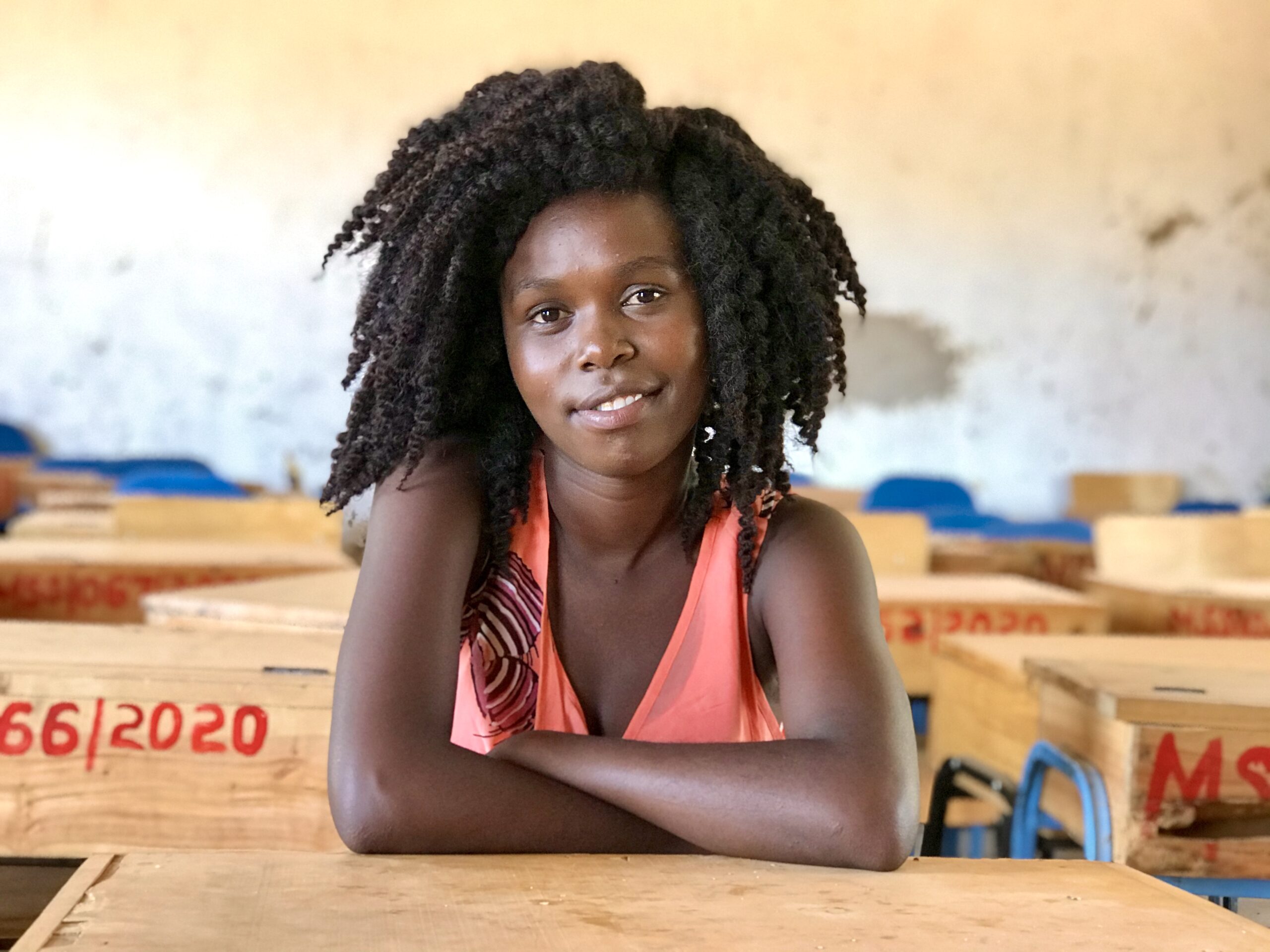 In 2015 when the first cohort of students joined our scholarship program, most were too timid to say anything beyond their name. However right now, the students have grown to become these admirable adults who are taking up spaces and changing narratives. One of those students is Caroline Kivyatu; our pride and joy, and the epitome of what a scholarship can do. Currently, Caroline is the program assistant at Inspire Spaces: “Being part of the staff is such an honor. It makes me feel loved, accepted and treasured by a family that chose me at my lowest and continues to do so.” Caroline hails from Kibwezi, where Inspire Spaces started. She was part of the first cohort of students to get the Inspire Spaces scholarship in 2015.

Her childhood was one of the most traumatic periods in her life, which although shaped who she is today, deeply affected her psychologically. Growing up, her now late dad was a high school teacher employed by the Teachers Service Commision, the Kenyan Government body responsible for deploying teachers in Kenyan public schools. As a result, she spent most of her childhood in the teachers’ quarters of the school her dad was working in. Despite
the school being an environment where she could interact with many children, her father, as she states, loved a caged life and so he prohibited the family from visiting and interacting with the neighbors. Besides, her dad was an alcoholic who in spite of having a well paying job spent all his money on alcohol, leaving the family without basic needs.

In an attempt to step up and provide for the family, her mom would take up menial jobs, something that her dad was against. Her dad’s realization that her mum was doing jobs, which he deemed low ranking, would lead to a lot of domestic violence. Hence, Caroline grew up witnessing her parents’ perpetual fights: “I got used to this life where every night dad would come home drunk and beat up my mum.” She says. Seeing what her mum went through broke her heart but fortunately, her talent comforted her. And so to cope with her difficult circumstances she found
solace in singing. By the age of 10, she was already singing in church and a part of the team that led worship.

Although most of her childhood was difficult, she remembers periods when her dad would at some point quit alcohol, in turn, giving her hope that she would join the highschool of her dreams. Only that as misfortune would have it, after a short while, he would relapse and the drinking would get worse. One such moment was when she was in class eight preparing for her final national examination. Her dad’s drinking got so bad that he abandoned his teaching roles, and as a result, got fired. At the same time, her mum lost her job as an Early Childhood Education
teacher, leaving the family with no source of income. When this setback befell her family, a dingy verandah in a shopping center in Kibwezi was the only place they could call home.

Even with the difficult circumstances, she successfully completed her primary school education. However, she had no hopes of furthering her education because she knew there was no way her family would afford it. In her state of
despair, Mr. Rajab, the headteacher at Kibwezi Township Primary School, the school where she did her primary education, informed her mum about the Inspire Spaces scholarship, which she applied for and qualified. When she was informed that she had been accepted into the program, it was about the same time when her dad was admitted to hospital due to liver cancer. As such, the period between getting the Inspire Spaces scholarship and joining highschool was particularly difficult because while on one hand she was happy she was assured she would join
highschool, her dad was battling cancer. 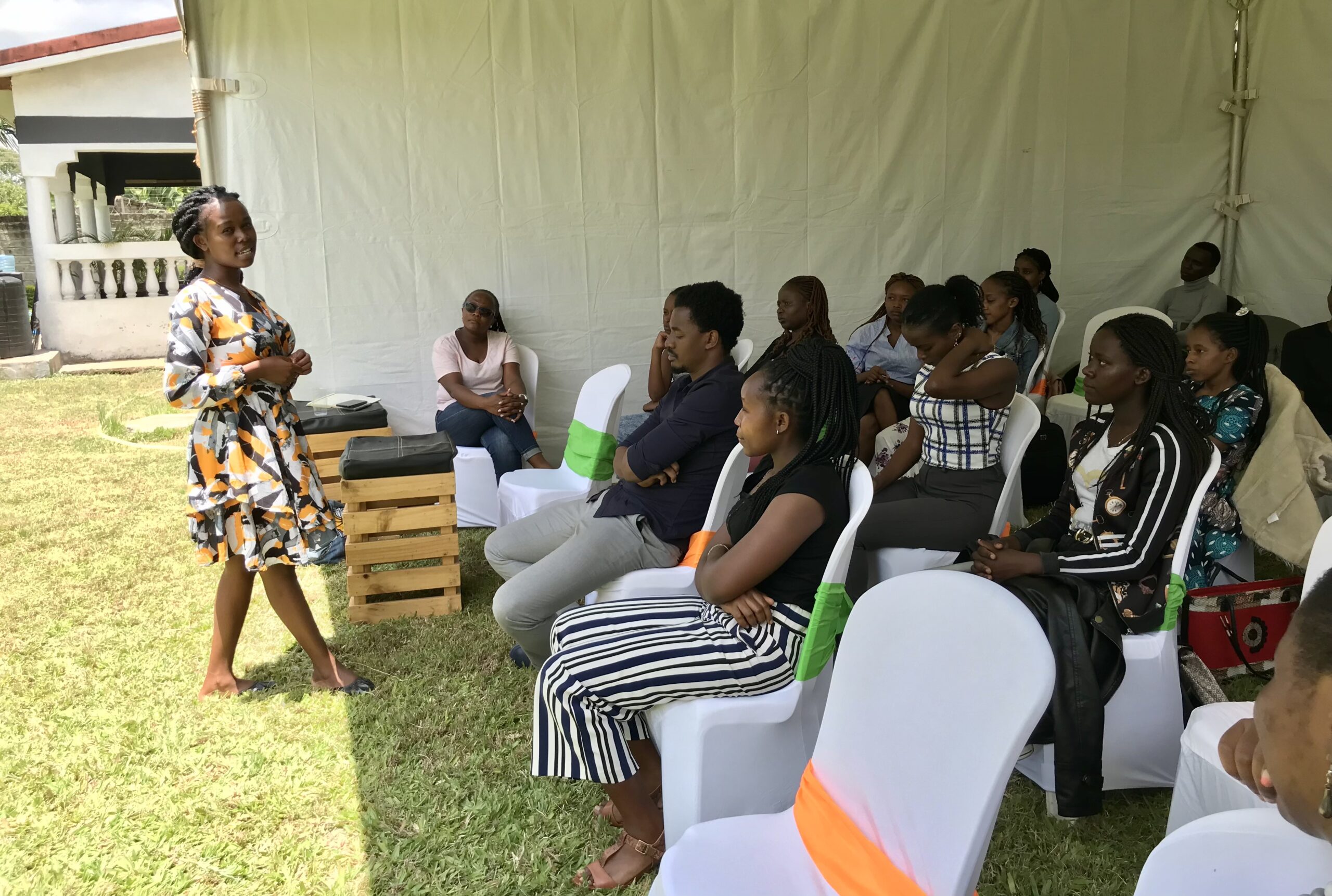 Nonetheless, on 10 th February 2015, she joined St. Bhakita Kiangini in Makueni, under our scholarship. What she did not know on the day she was admitted to Form one was that on the previous day, her dad had passed on. So the first year of high school was characterized by constant mental turmoil because even though her dad had caused her trauma, he was still her dad and she loved him.

After she overcame the loss, she started molding herself into the person she is right now. From 2015 to 2019, Caroline successfully went through highschool and then joined Cooperative University in 2020 to pursue a diploma in Community Development and Social Work. “Through the Inspire Spaces mentorship and leadership camps, I learned leadership skills and took up various leadership roles in school. Besides, the building infrastructure program (now known as the Jenga Outreach) made me develop an interest in community development and no wonder my choice to pursue a career in community development and social work.”

In future, Caroline hopes that she will still be a part of Inspire Spaces and that she will also start an organization dealing with the youth, women and people living with disabilities. Looking at where she has come from, Caroline believes her life is led by divine power and that all her dreams to help her community will soon become
reality. Just like her, we look forward to seeing what the future has in store for her, her family and her career.

Every contribution will go directly to support the schools and Scholarships. The operating budget is funded independently to pave the way for 100% impact.